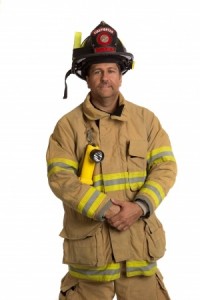 As states ponder over whether or not to make residential fire sprinklers a requirement in all homes, a familiar debate rages. Some homeowners bemoan the idea of being forced to buy further protection for their home, feeling that they use enough caution to prevent accidental fires. Similarly, home builders are fearful of the additional costs of building a home equipped with residential sprinklers. While both of these concerns are legitimate, we believe that the benefits of saved lives and salvaged personal property far outweigh upfront construction costs.

Still others, in an attempt to stop the passage or implementation of such regulations, appeal to our compassion for the livelihood of others by claiming that residential sprinklers will take precious jobs away from professional firefighters. No one understands the heroism embodied by firefighters and the risk they put themselves in every day more than us at Fire Tech. But the bottom line is that, however they may happen to feel about a particular piece of legislation, firefighters love residential fire sprinklers.

How could they not? Imagine the sigh of relief as a responding firefighter approaches a burning home, only to see that the fire has already been partially contained by sprinklers. While firefighters are brave enough to put themselves in immense danger, any chance to limit the risk of injury or death is welcomed by the rank and file members of a force.

Firefighters love residential fire sprinklers because they allow more time to rescue occupants trapped in a home. Fire sprinklers take much of the frustrating, dirty work out of firefighting, limiting the spread of fire, the amount of smoke, and the structural damage to a home. Perhaps more importantly, they might save precious, invaluable property that can always be dried, but never “unburned”. Residential fire sprinklers empower firefighters to be more effective with less overall risk. After all, the more damage can be avoided, the more valuable firefighting is in the first place.

When residential fire sprinklers are installed, the responsibility of a firefighter might shift from avoiding catastrophe and death to keeping a fire as small as possible, maintaining a sprinkler system at full operational capacity, and taking care of a final extinguishment. Firefighters are embracing the changing responsibilities. Local fire marshals all over the country are releasing statements that encourage homeowners to have sprinklers installed. The National Fire Protection Agency has released a report that found a 65% reduction in firefighter injuries when sprinklers are installed.

In the end, limiting injuries and deaths to ordinary citizens and firefighters alike shouldn’t even be an option. Even if a rare firefighter is threatened by residential home sprinklers, would we really allow fires to burn in the name of sparing jobs anyway?

← Most Common Causes of House Fires
Are Fire Sprinklers Worth The Cost? (Yes!!) →